"it's a dinosaur" timed release! 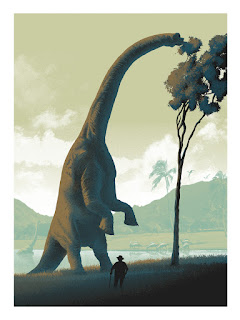 My newest print, "it's a dinosaur" will be on sale for 24 hours, starting this Wednesday, February 20th at 10am PST. The price will be $50 and the edition size will be determined by how many are purchased, plus a couple extra for family and friends. 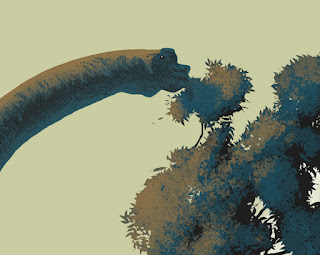 It's 5-colors with a metallic ink, 18x24 inches with a 1-inch border all around and because it's being printed to order, it could take 2-3 months to ship. If you'd like a sketch in the margin, it will cost $30. I can also draw in more silhouetted figures and/or dinosaurs in the foreground for $30 a piece! 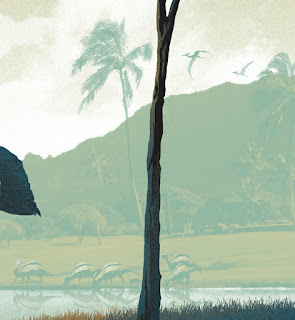 As an added incentive, I'll be randomly inserting 4 Fringe and 5 Django Unchained posters!

Multiple orders will be accepted, and even encouraged, as a big reason for doing this as a timed release is because our house was flooded over the holidays. 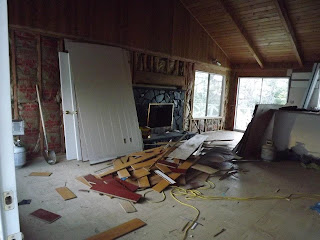 As I stated in a previous blog entry, we returned home from Christmas vacation in Canada to find our newly purchased house a flooded mess. A pipe burst and ruined all of the walls and floors upstairs and downstairs, as well as just about everything in my wife and I's work spaces downstairs... not to mention everything we had stored in the build up area downstairs. We thought the stuff in storage would be fine, as much of it was in sealed, plastic bins... which we opened and found full of water. The real heart-breakers there are some old sketchbooks that were destroyed, as well as a book containing the one set of hand and foot prints from when our son was born. 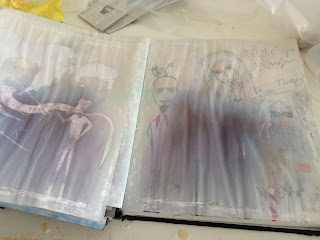 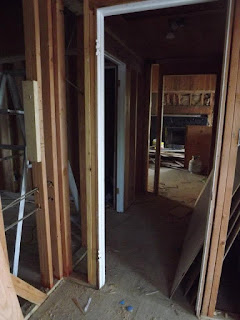 As of now, movers have taken all of our salvageable belongings to storage. We are living and working in a nearby condo, which is no fun at all as there just isn't enough room to work comfortably. Demolition has begun and will continue throughout the month. Insurance and the contractors are going back and forth as to how much they think it will take to get the place back into livable shape. It will be up to us to cover whatever insurance doesn't, so this release is a fundraising effort as much as it is a great excuse to draw dinosaurs. 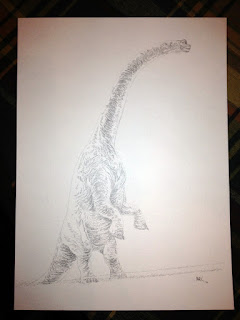 I'll also be putting up the pencils for the dinosaur used in the print up for sale in my store at the same time the timed release goes live. It's pencils on 11x14 watercolor paper and it will be $200.
Posted by Mark Englert at 11:33 PM