the flowers are still standing 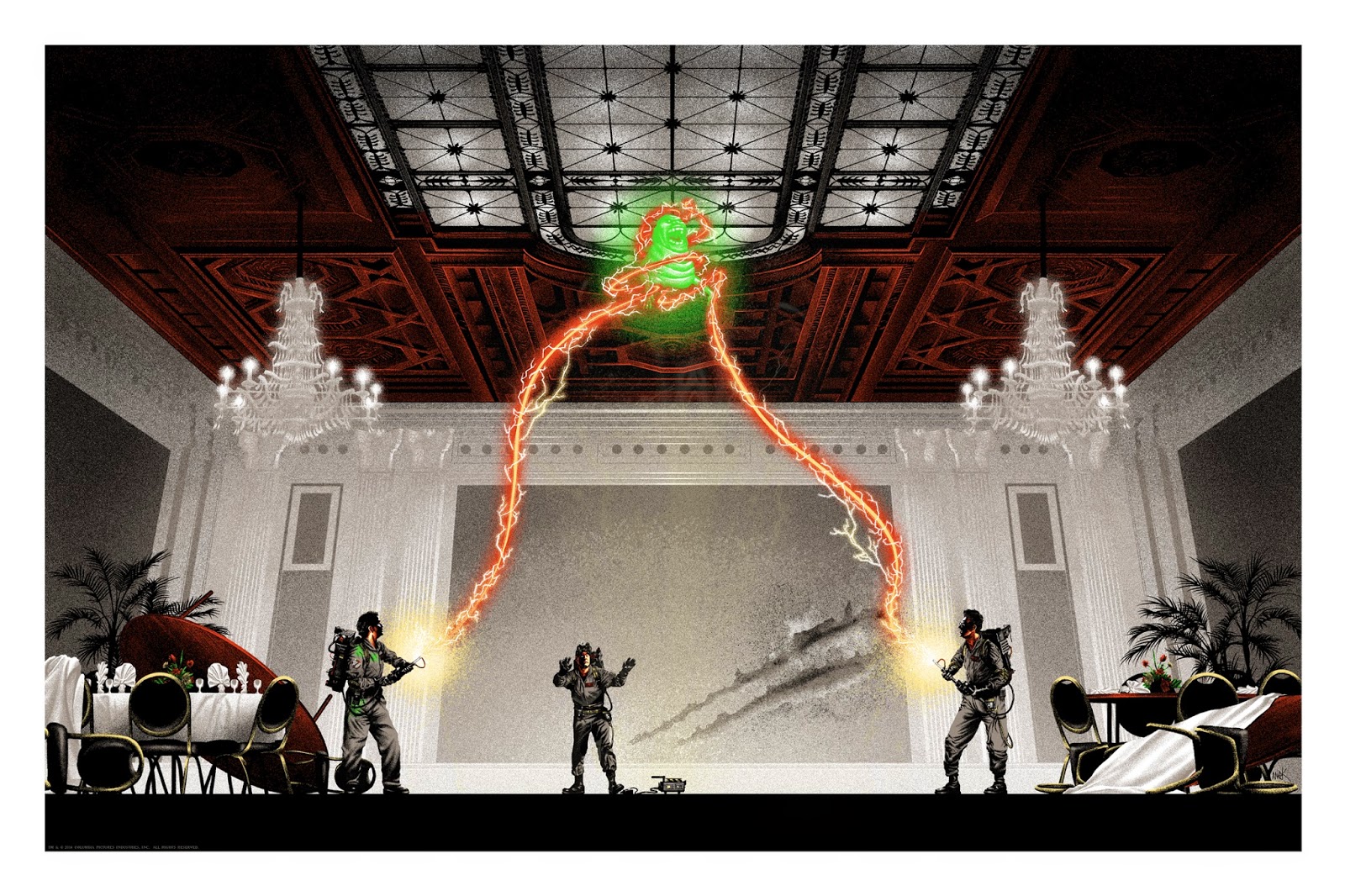 I've always wanted to do this... My newest print is based on one the very favorite, most-watched movies in my lifetime, Ghostbusters! It's 20x30, it's 6 colors, has glow in the dark and green neon ink. 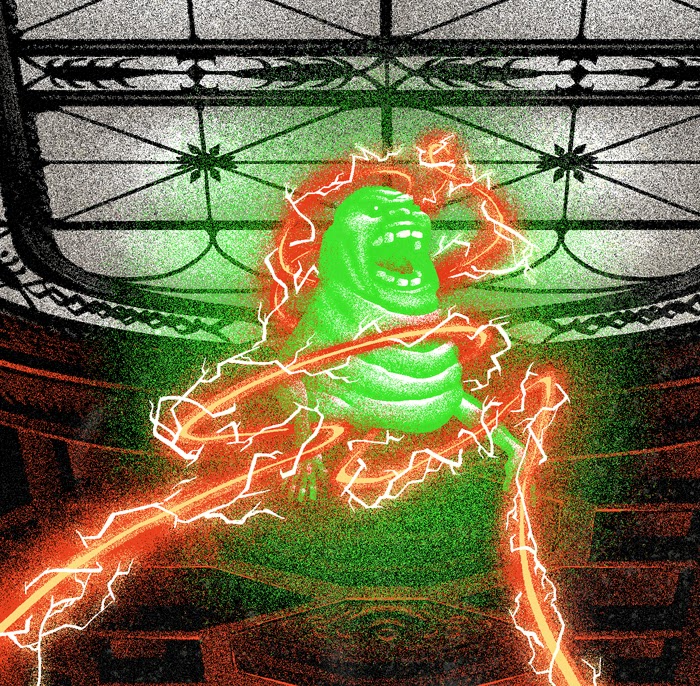 It'll be part of Gallery 1988's huge art show for the 30th anniversary of Ghostbusters! The show will be traveling across the country, starting in New York on the 19th. For full details, including future tour dates and how to pick up one my prints, click here!

Here's what it looks like when it glows in the dark: 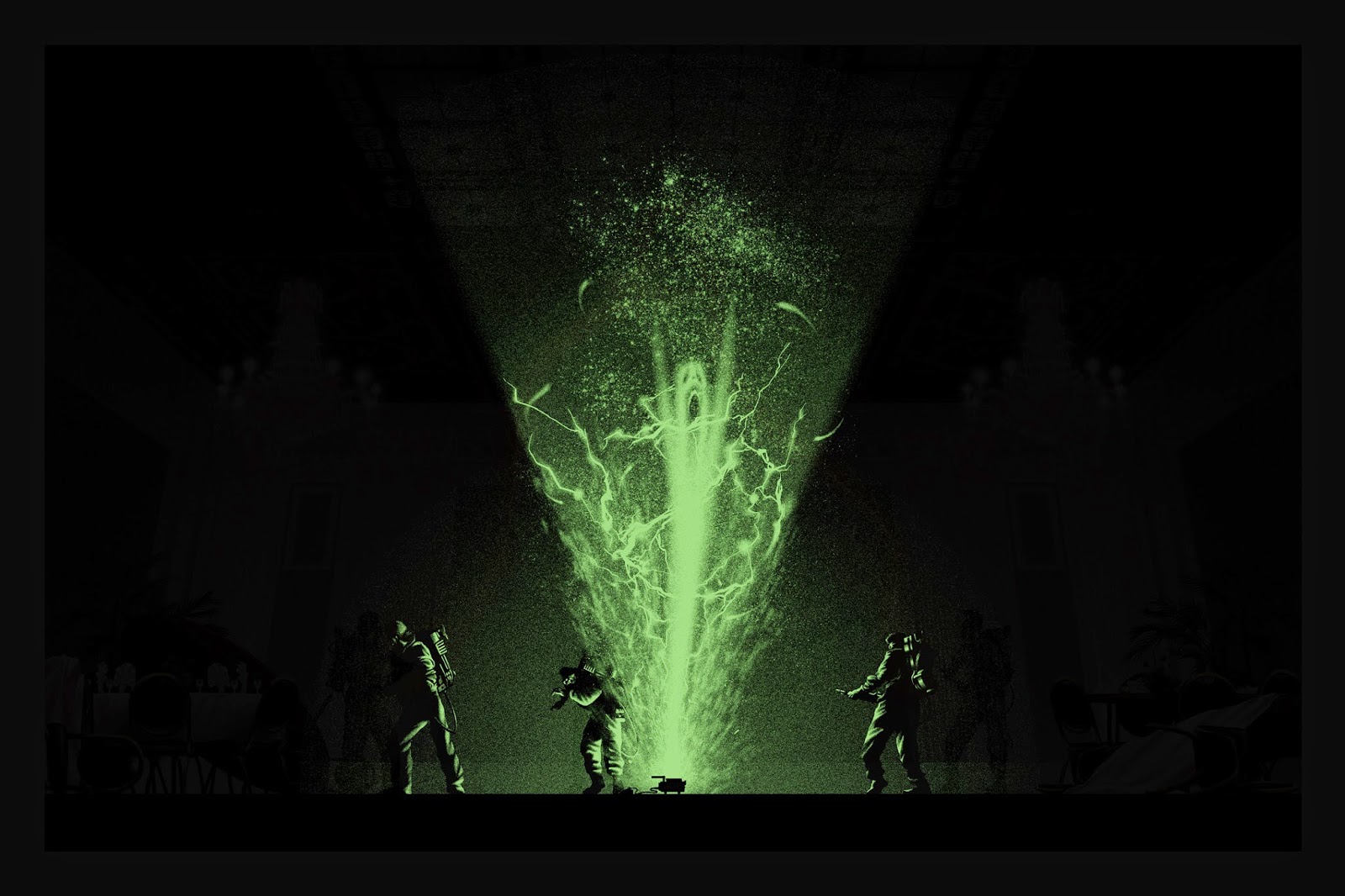 There will also be a gallery exclusive, slimed variant, which also glows, in a very limited quantity. You'll have to make it out to one of the shows to grab one of those, though... the variant has another two screens and is a "slimed edition". So, another green and then I added a spot gloss varnish over the added slime areas, and over the slime on Venkman... the effect of the green overprinting the image and the gloss varnish just won't show up in jpeg like it will in real life, but this will give you an idea: 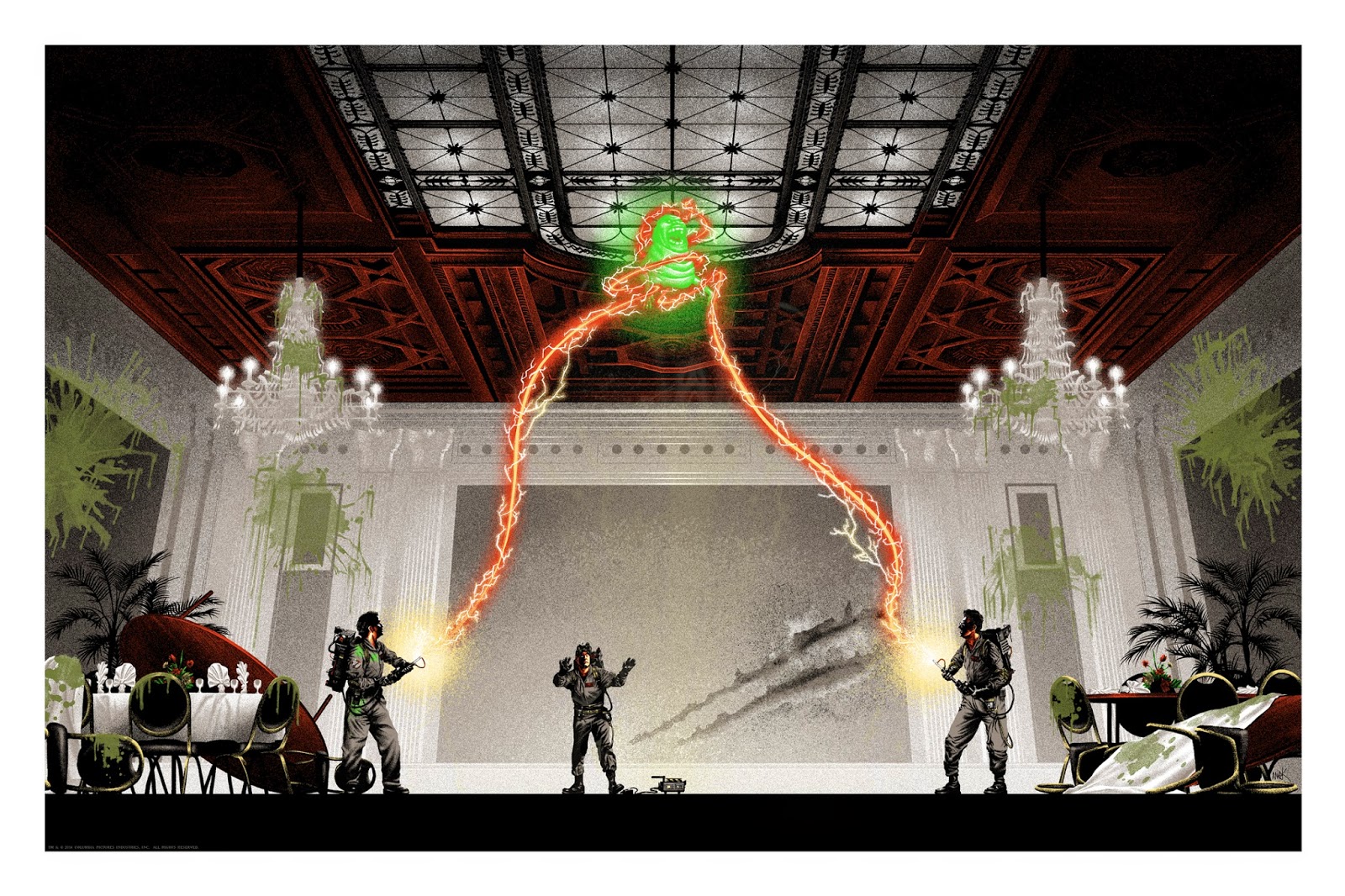 My first copy of Ghostbusters was on VHS, taped off of TV with the commercials badly edited out in real-time by hitting "pause" during the original recording. 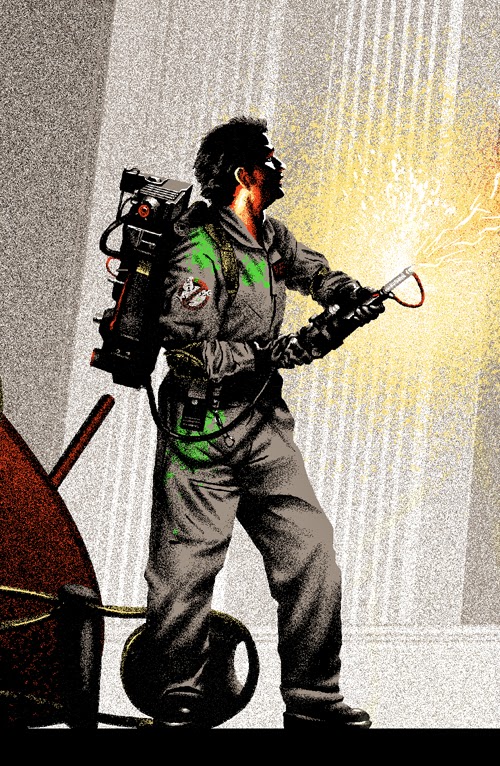 I wore out that tape eventually and my next copy was a used VHS from a video store with the big, puffy plastic clam shell case. I watched the movie like crazy as a kid, even though a lot of the jokes whizzed right over my head and I got sort of freaked out when Louis Tully got trapped outside that fancy restaurant. 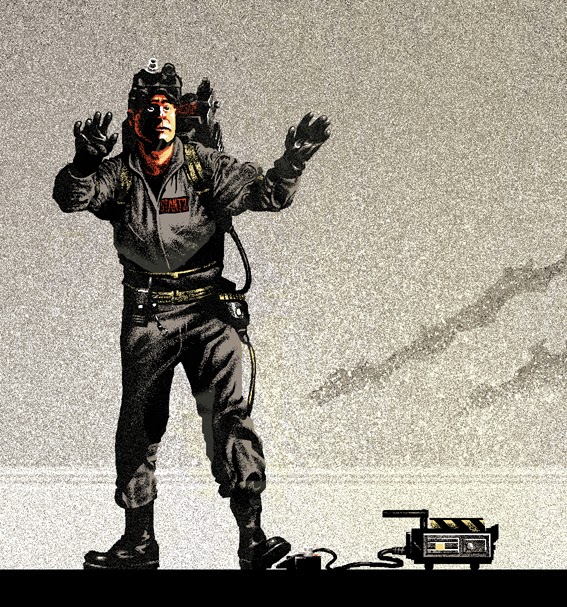 I definitely got caught up in the whole Ghostbusters craze and it continued throughout my childhood. I watched every episode of the cartoons, ate the breakfast cereals, begged for whatever toys I saw in the store and I continued to re-watch that VHS copy over and over as other movies fell to the wayside, Ghostbusters remained a constant to this day. 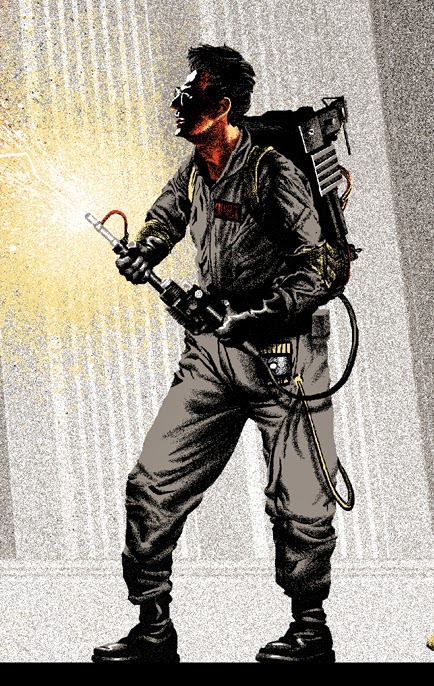 I also played that awful Ghostbusters game on the Nintendo Entertainment System... I'm 100% sure the composition of this poster was directly influenced by countless hours spent staring at this screen: 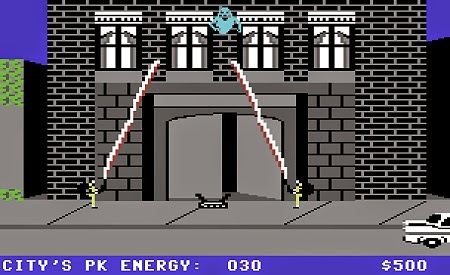 I don't think I ever made it all the way up the stairs...

It's a hugely quotable film... the amount of times in my life that I've said, "...a couple of wavy lines?" must number into the thousands, and that is easily the one I've spouted the least! I named the print after my most-repeated quote from the film, usually out of context and after I've witnessed or performed some kind of major screw up. 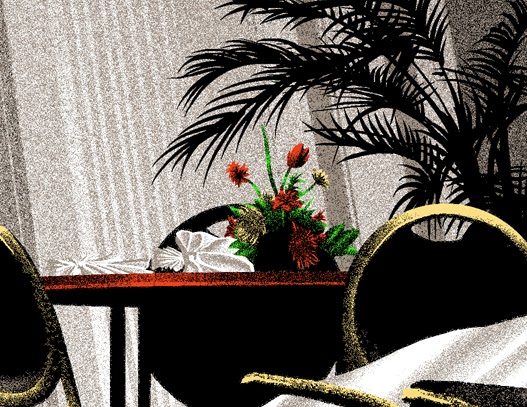 I'll most likely attend the Los Angeles show, see you there! I love this plan! I'm excited to be a part of it! LET'S DO IT!
Posted by Mark Englert at 9:18 PM