i'm here to rescue you

My latest print is titled, "i'm here to rescue you", measures 12x36, 7 colors with neon, metallic and glow in the dark inks:

Like most of the folks who were born around the same time I was, I am a huge fan of Star Wars. Over the years I must have bought the original trilogy at least a dozen times on VHS, DVD, Bluray... not to mention comics, toys, legos, video games and so on. At the center of it all was always the movies, which I still can't help but watch fairly often. 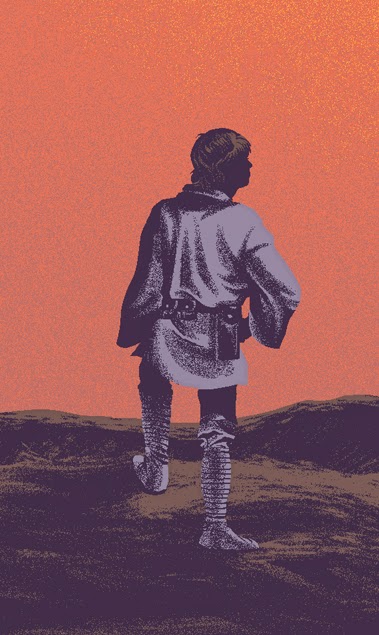 I wasn't too interested in trying to squeeze the entirety of even one of the films into one image. Rather, I chose to focus on one character, Luke. He starts off the first film just wanting to find out more about himself, where he came from and what he is capable of. 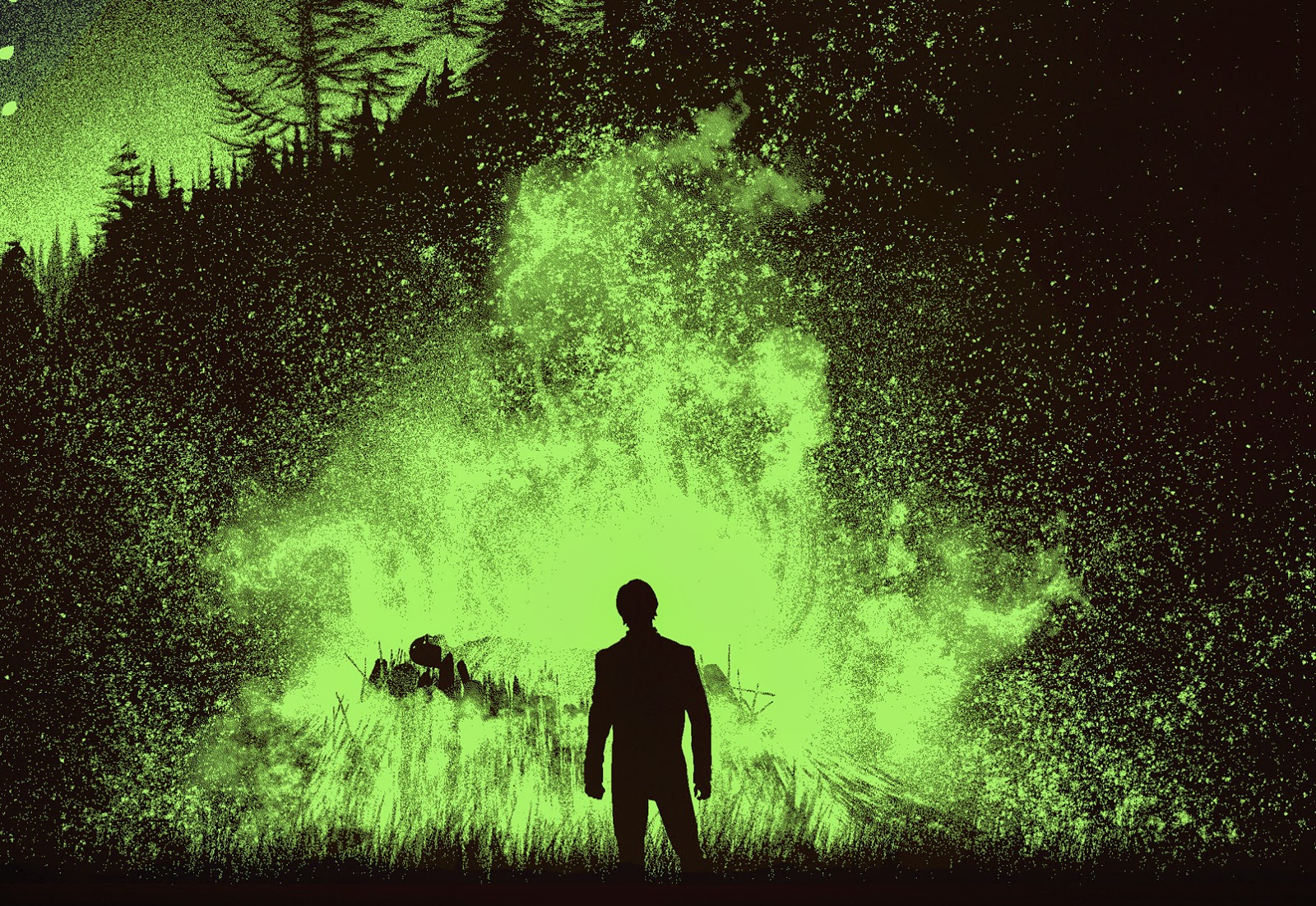 By the end of the trilogy, he's reconnected with his family, redeemed his Father, brought about the end of the Empire and brought balance to the Force. It's quite the journey with a very bittersweet ending, Luke only truly connects with his Father, Darth Vader, seconds before he dies in Luke's arms. 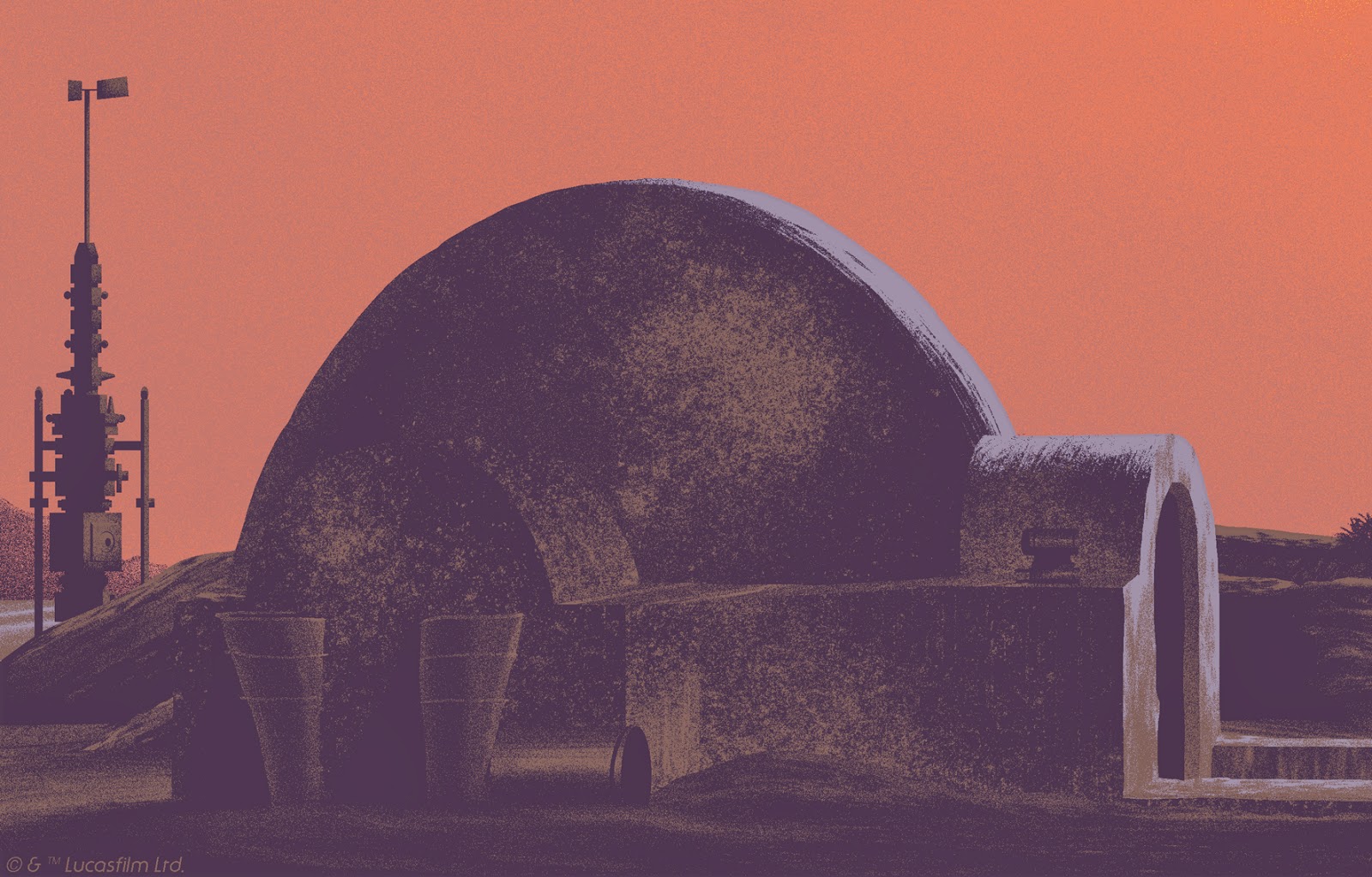 Luke is meant to be the gateway character for everyone to follow into the adventure of the movies. To me, his character's main motivation is rescue... it's the driving force for most of what he does in each of the movies. He rescues Leia even though he didn't need to. He ditches Yoda and his final lessons in the Force to go rescue his friends on Bespin.  He rescues Han Solo from Jabba the Hutt and then turns himself over to the Empire to rescue his father from the dark side of the Force. 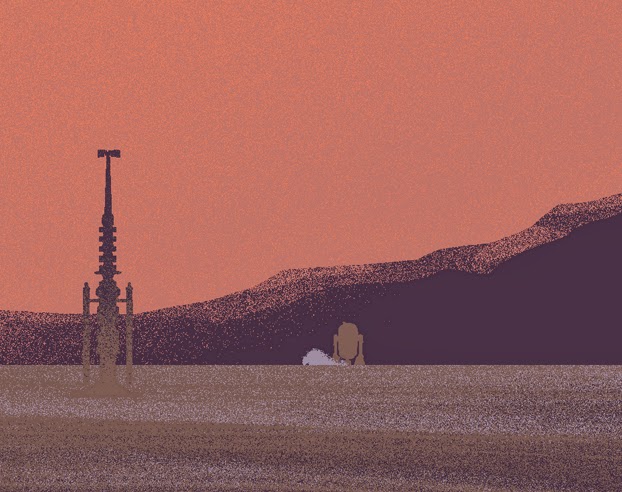 Another of my favorite characters is R2-D2, so, I wanted to include him here. I always found it funny that Luke was so wrapped up ennui while looking at the double sunset that he failed to notice R2 high-tailing it across the vast, open expanse of the Tattoine desert. 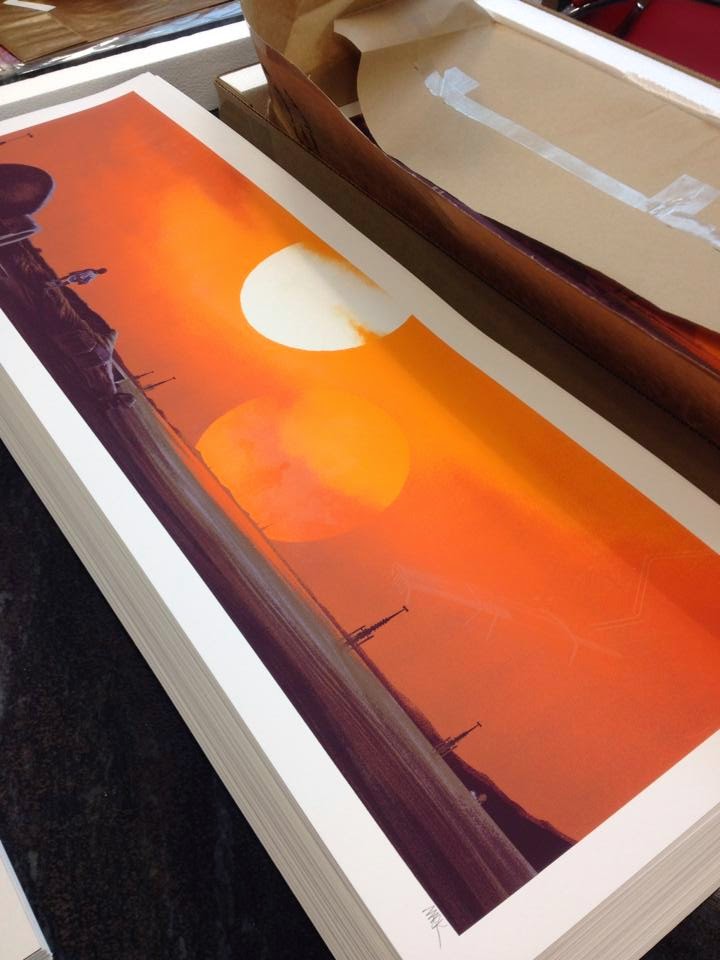 Here's a picture of the actual print I took while signing these over at Acme Archives. They look amazing in person, the light orange color in the sky is a neon ink and the light purple in the foreground is metallic.