On April Fools day, I thought it would be fun to join in the fun and make it look like the print I had been obviously teasing, "the battle at blackwater" was something else entirely.

So, I worked up something quick and threw it up on instagram: 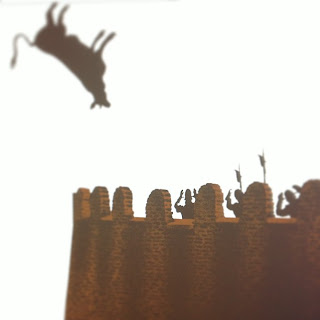 The response was surprisingly positive, and my silly prank made me realize that folks wanted the joke to be a reality. I e-mailed the guys at the Bottleneck Gallery and they were up to printing up a few 4x6 handbills if I could get them done in time. 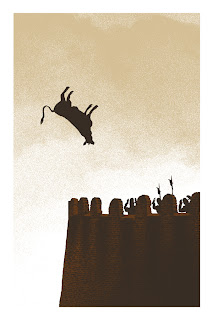 April fools prank no more! Some will be randomly included with "the battle at blackwater" and a handful are being sold on Ebay with 100% of the proceeds going directly to the Make a Wish Foundation! Also, if you win the Ebay auction, you get a Golden Ticket, which entitles you to any future prints at Bottleneck! 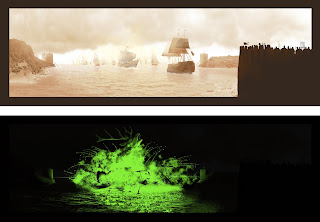 Also, for anyone who missed out on the preview sale for "the battle at blackwater", you will have another shot this Saturday the 13th at 12pm EST over at http://www.bottleneckgallery.com/
Posted by Mark Englert at 9:05 AM