"the badder they are, the bigger the reward" official Django Unchained poster!

Well, this one has been a tough secret to keep. I was beyond excited when I got the opportunity to work with the Academy of Motion Picture Arts and Sciences and Gallery 1988 on a print for my favorite movie of the year, Quentin Tarantino's Django Unchained!

I decided right away that I wanted to stay away from any hooded men or plantation scenes. I mean, who would want that on their wall? I also wanted to draw Dr. King Schultz's wagon, so that helped me narrow down what section of the movie to feature.

Throughout the film, Django has visions of his lost wife, Broomhilda. His world is shaped by his obsession with rescuing her and I tried to reflect that as best I could in the landscape itself. 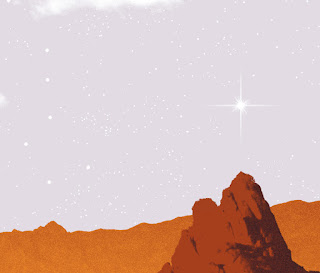 My favorite line in the movie is delivered by Dr. King Schultz. After freeing Django in the opening, he remarks to the other slaves, "And in the odd chance there are any Astronomy aficionados amongst you the North Star is... that one." It's the moment that I really fell for the character.

I really wanted to get the wagon right, as well as Django's horse, which is Jamie Foxx's actual horse, Cheetah. I had to see the movie multiple times to get the details right, I didn't mind. 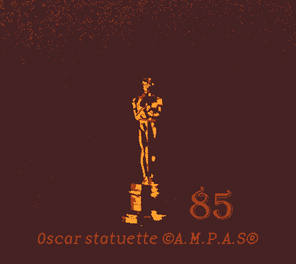 Another cool thing, all the artists got to design their own Oscar logo to go with their poster. I drew mine from scratch and tried to get an old west vibe with the type.

I'm stoked that I can finally show this off and I never thought I'd have a chance to say this;