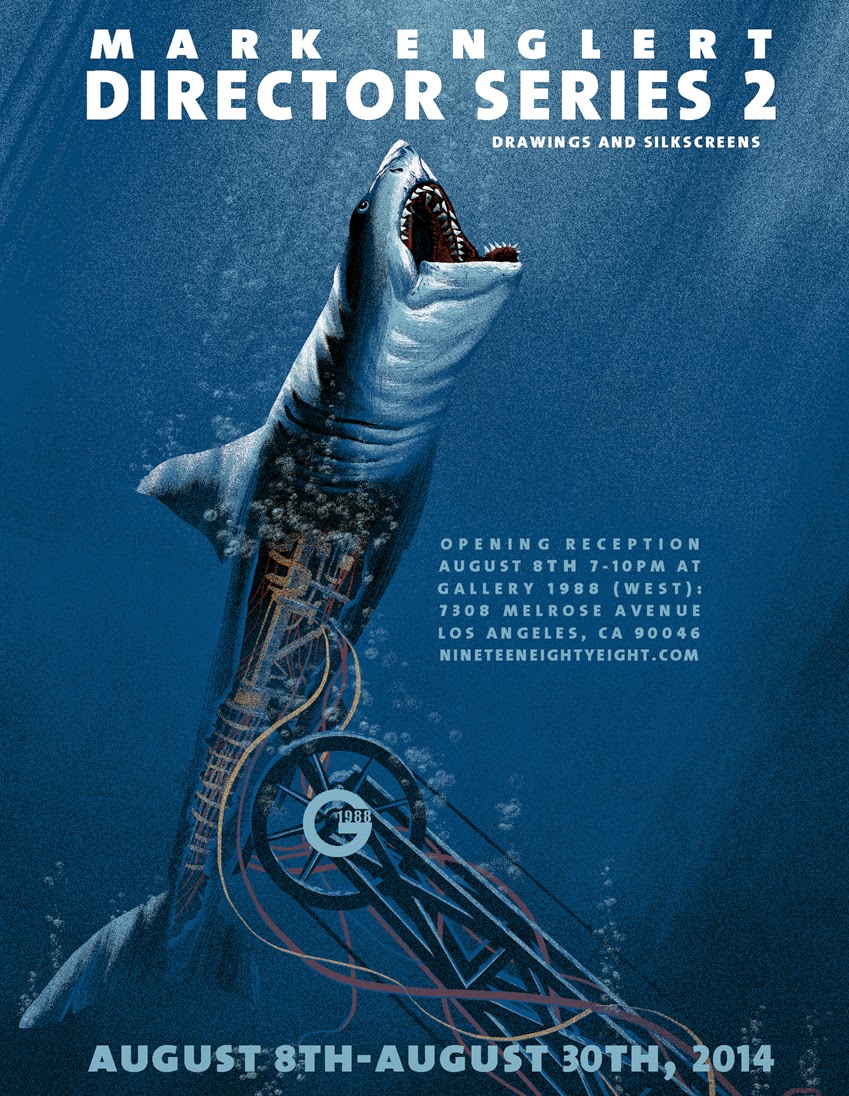 The opening of my second solo show at Gallery 1988 has come and gone, but the closing is tomorrow and there are a few new things being released.

First up, my newest silk screen print, "life will find a way" will be available in the gallery(west location) at 11am PST and online at the Gallery 1988 website sometime later that day. It's 12x36, 6 colors, run of 200(150 available at the gallery) and will cost $60.

I really wanted to zero in on the idea of Dinosaurs functioning as a family unit. I'm a father of a two-year-old boy and that has drastically changed the way I perceive that bond. 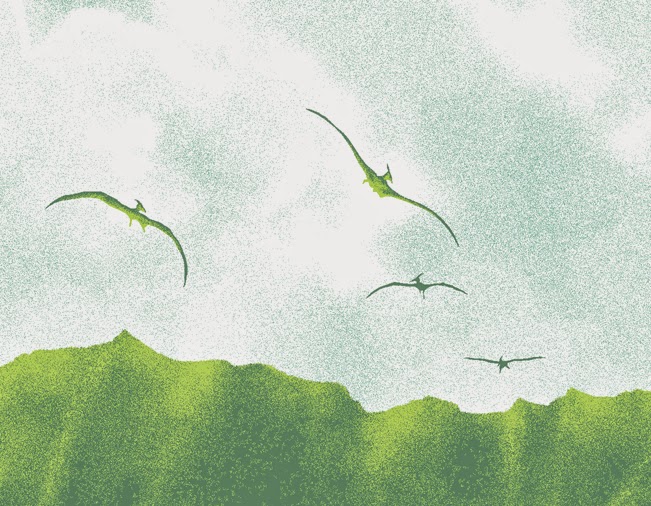 It's one thing to be somebody's kid, being on the other end of that relationship is the weirdest and most wonderful experience. It feels a lot like tapping into some kind of primal, shared conscious that transcends time and species. 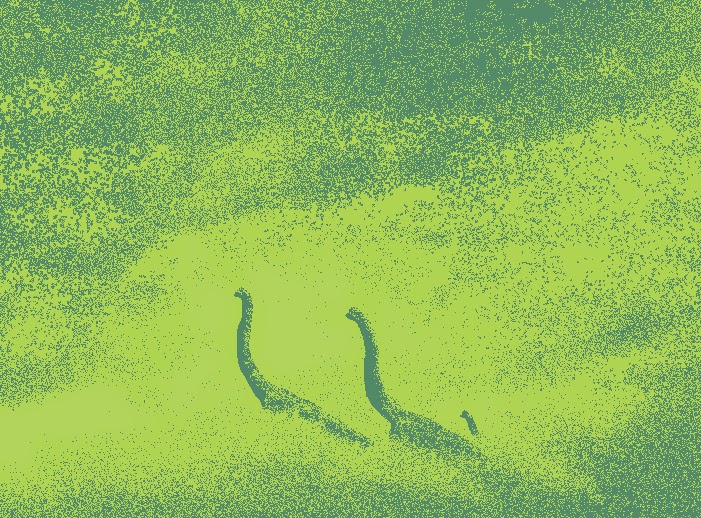 There's also an, "unplucked variant" in which the t-rex family has feathers. These are 7 colors, run of 50 and will set you back $100.

While, not canon in the Jurassic park films, or 100% proven when it comes to Tyrannosaurus Rex, there is a very good possibility most dinosaurs were walking around with feathers.

I chose to go with the idea of a male with loud plumage to attract the less flashy female. The juvenile has lost his downy coat completely and has starting sprouting feathers. 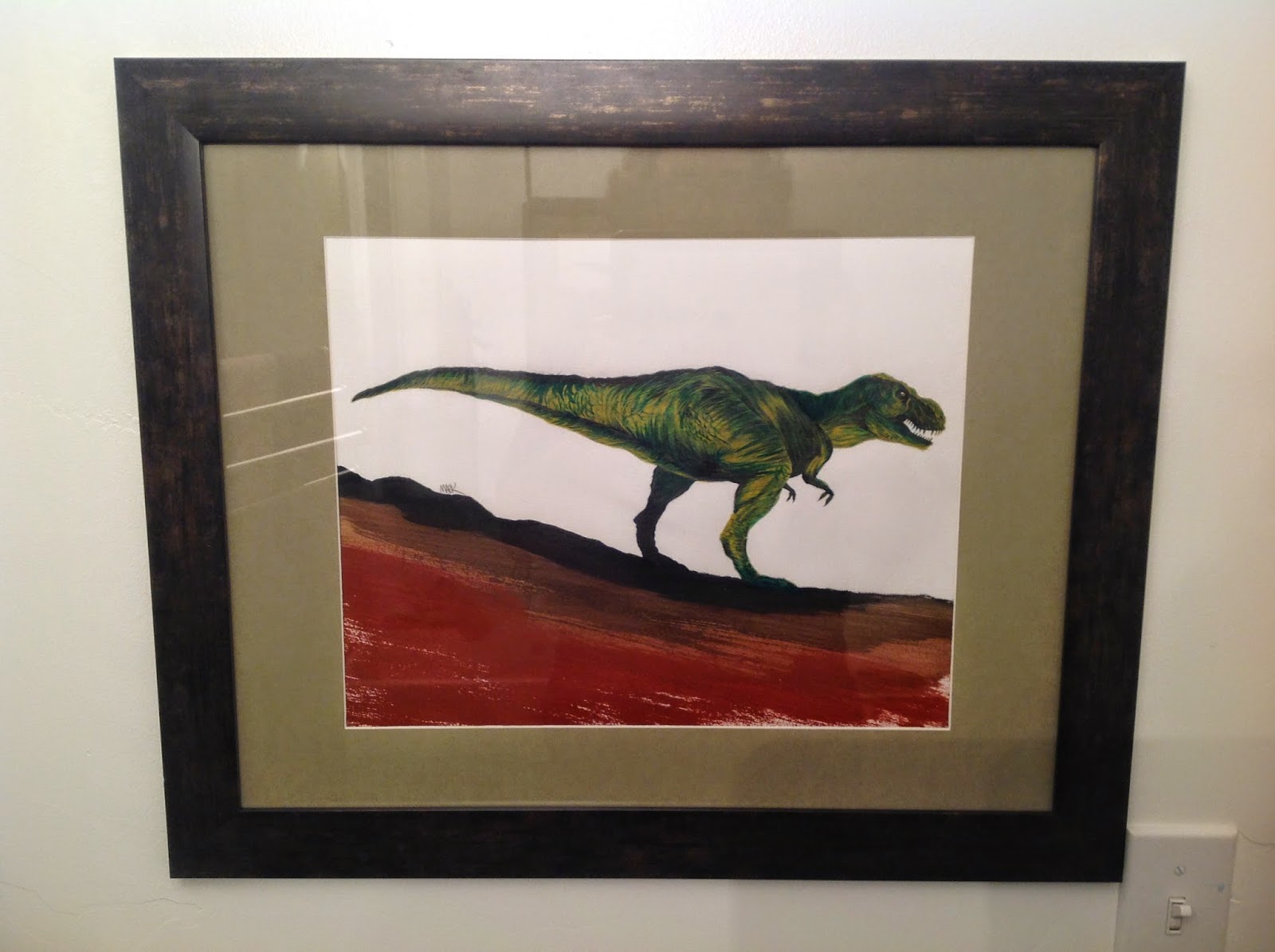 The original painting of the T-Rex used in production of the poster will be on sale at the gallery as well. Without the matting, it's 10x15 on watercolor paper and I used colored inks. 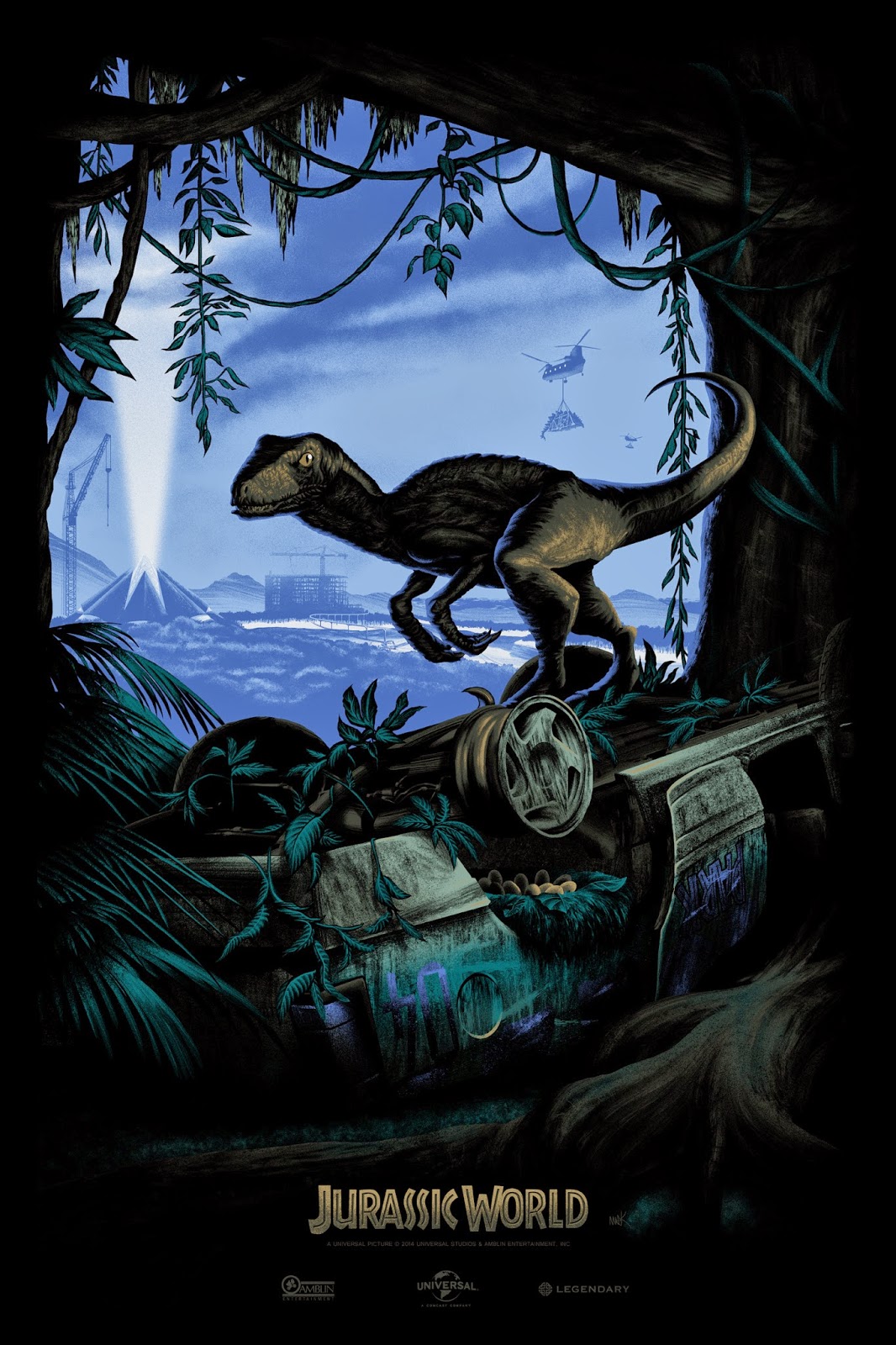 Also, with any purchase or my work at the gallery tomorrow, you will be entered in a raffle to win a signed and framed variant of Jurassic World! Stroll on in any time from opening to closing and pick something up from the show to be entered in the raffle.

I'll be at the gallery from opening for an hour or so... if you can't find the place, just follow the screams :)
Posted by Mark Englert at 7:02 PM